Prince George’s County Council Member Calvin S. Hawkins, II, was elected by the voters of the entire County to one of  two new voter-approved At-Large seats on the County Council in the November 2018 General Election.  He will serve a four-year term and represent the interests of the entire County. Council Member Hawkins, a graduate of Oxon Hill High School and Bowie Statue University, is a citizen's advocate who leads The People's Movement of the Democratic Party.  Currently, the Councilman serves as the Chair of the Prince George’s County Council and is the lead sponsor on the Re-entry Advisory Board tasked with realigning the County’s entire re-entry process in partnership with County agencies, non-profits, law enforcement and faith-based organizations. From civic activities to political engagement, to community preparedness for emergencies, he has been involved in every facet of Prince George's County and the Washington Metropolitan Region over the last 28 years. Committed to servant leadership, Council Member Hawkins is a strong supporter of progressive initiatives for seniors, working families and youth, while fighting for practical and sustaining programs for returning citizens. Recently, he received overwhelming support from his colleagues to serve in leadership as the Chair of the County Council. Council Member Calvin S. Hawkins, II, is the grateful husband of Angie Reese Hawkins, proud father of Tori N. Plummer (Chris) and blessed grandfather of Chris, Jr., Jaden and Joshua. He is a member of the First Baptist Church of Highland Park

Our County Health Department is receiving regular updates and guidance from the Centers for Disease Control and Prevention (CDC), as well as state and regional public health partners, about the COVOD-19 global outbreak. The Health Department's top leadership and our Communicable and Vector-Borne Disease Control program are in constant contact with state and federal officials to closely monitor and share information about preparations, prevention, response updates and potential cases. The County Executive and her cabinet are engaged and being updated regularly. Working with our state and federal counterparts, Prince George's County is prepared and well-equipped to handle this. This is a rapidly evolving situation and information will be updated as it becomes available. The Health Department has a dedicated coronavirus webpage that updates automatically and regularly. 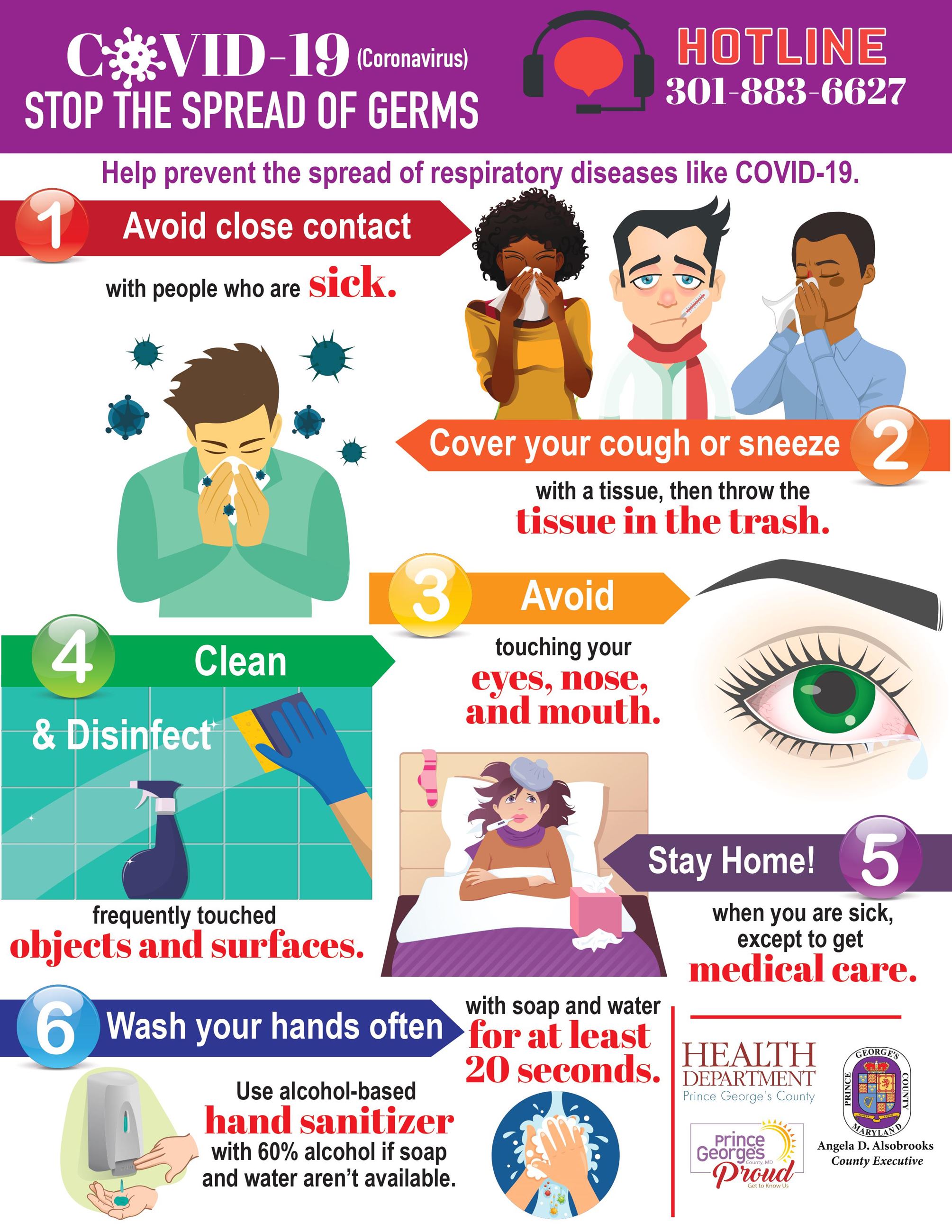 The following service providers are extending or making changes to their services in accordance with public health officials and providing ongoing support for Prince George's County residents:
​ 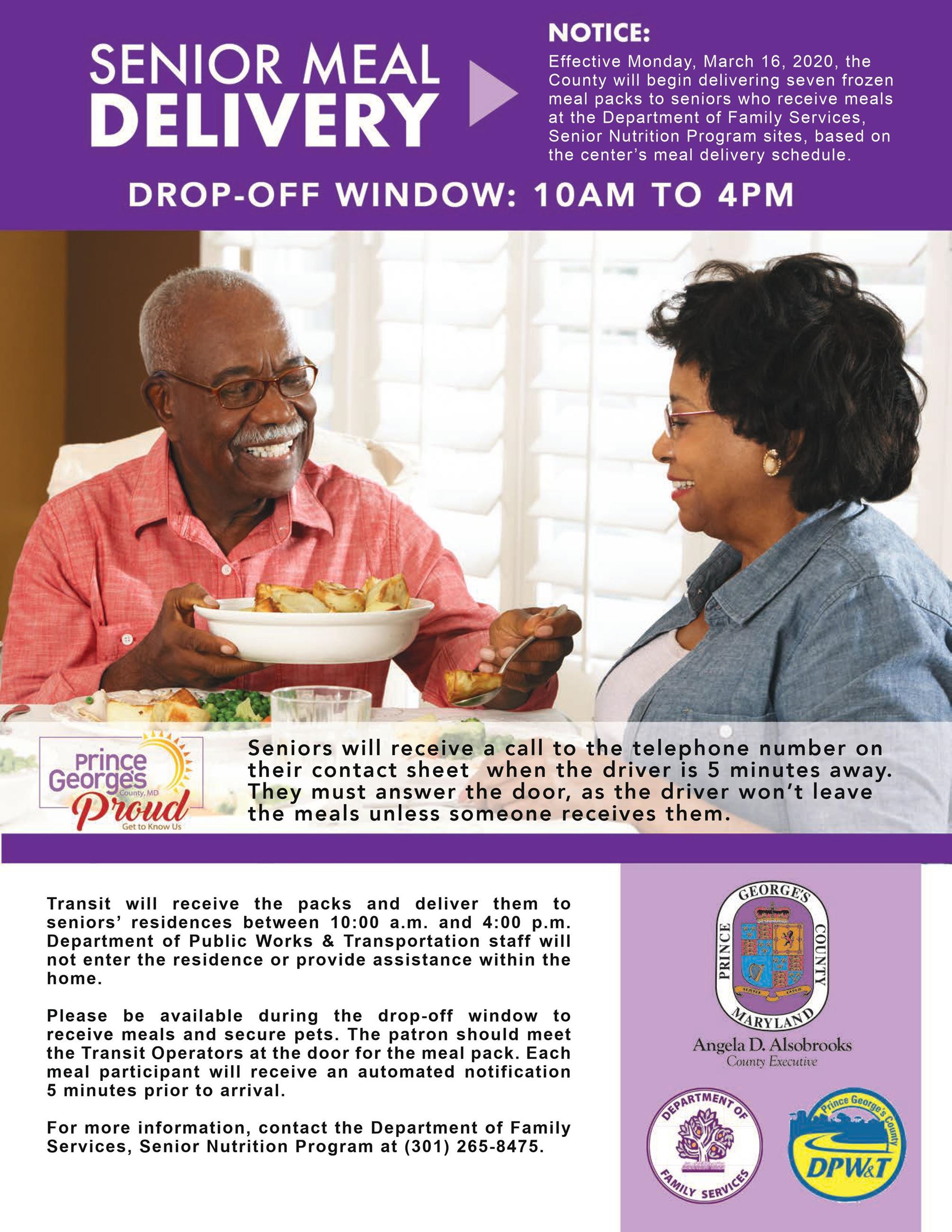